Six years ago I was standing at Stansted airport. I had just arrived this new country and I promised myself I would never leave to go back. I was happy to be here, even knowing that my ‘status’ was going to plummet from a business owner and financial advisor to a cleaner. However, deep down I just knew everything was going to be ok.

By cleaning houses I met many lovely families, and some of them are now my friends. And some of them are an inspiration, or real kick-ass machines like this one… I remember when I was cleaning DrivenWoman founder Miisa Mink’s family home and watching her daily routine. I thought “Blimey… this one’s well organised”, she even had a four week meal plan. She knew what they were going to eat next four weeks and I didn’t even know what I was having that night!

I had so many questions I wanted to ask her. I wanted to learn so many things from her, but I never dared to ask because my English wasn’t good enough and because I thought she must have more important things to do.

One day after five years of cleaning her house Facebook suggested I’d add her as a friend. Of course I then checked out what she was doing and that’s the first time I found out about DrivenWoman.

I couldn’t believe that something I so desperately needed was suddenly so close.

At first my thoughts were “how cool is that!” I am going to join! But then self-doubt kicked in and I started questioning if this was for me.

Would I, a cleaner and a florist, fit in?

I spent every day researching: reading blogs, following Facebook posts from DrivenWoman, and I was feeling like all messages were sent especially for me. ‘Just book an Introduction event’ the add encouraged, and then if it’s not for me it’s not for me. But thoughts in my head were running the opposite direction. I knew that I wanted to do this but just wasn’t sure if DrivenWoman would want me.

When I’m writing this, I have been a member for one year. Looking back I understand how much I have grown and how much I got from this network and from the support of likeminded women.

Not long ago I was a girl who was afraid to ask a simple question from a person she knew for 5 years but didn’t, just because of her poor English. And now, I’m the girl who’s running florist workshops where I’m talking in front of twenty and more people, in English. And it’s not that my English is much better now. Thanks to DrivenWoman and their amazing workshop ‘Thinking On Your Feet’ with Emma Stroud, that’s change everything.

I was the girl who’d been dreaming about starting her own business for so many years but did nothing.

And now I’m the girl who founded Googis Blooms, a florist business, and went on to win silver medal at the Chelsea Flower Show. Just because I learned not to be too proud to accept help and started to take small steps towards big goals.

So is everything going perfectly?

No, of course not. But I guess life will never be perfect. But it’s much better to do something towards your own dreams than follow the dreams of others, even if things aren’t going as smoothly as I wish.

Being a DrivenWoman member is not only about the Lifeworking meetings once a month. It’s about what happens after.

In the last meeting we were talking about our comfort zone and one of the members realised that she was very uncomfortable to earn less money than she used to. When she was sharing her experience, I realised that I have the opposite problem. I am feeling too comfortable having only little bit of money. I also understood that if I have this mindset I won’t get a new client that would bring in more money.

Our group leader Jenny said she sometimes finds herself waiting until a situation is urgent or potentially painful, like a looming deadline, before she gets the energy to act. She suggested that I create a potentially painful future scenario which would energise me to take action. She gave an example of a task she delays until the last minute, causing her unnecessary stress. In order to do it in good time, she has set herself an earlier deadline and created potential future pain by instructing her sister to donate £500 of her money to a political party she would never support if she doesn’t meet the deadline. She said the idea of it alone is a massive motivation to act. I used her advice and got the lucrative new client.

Driven Woman is for me like upgraded Google. You find the information you need, you get the best deals, and the warmest support and it’s also lots of fun. But you just have to use it.

When I am looking back, I can see that in one year my life has changed so much. Now I’m doing things I was dreaming of, and the things I thought I would never be ever able to do.

Coincidence? I don’t think so.

Auguste Stamulyte is a DrivenWoman member in London and the founder of Googis Blooms florist.

DrivenWoman is a social platform connecting women who want to achieve their goals and dreams.  Thousands of women around the world have joined our program and are achieving their life goals supported by one another.  Join our FREE community the Doers Tribe.

← Prev: The Power Of Small - How One Small Change Can Lead To A Big Success Next: 9 Surefire Ways To Get Started On Your Dreams (And Beat Procrastination Fast) → 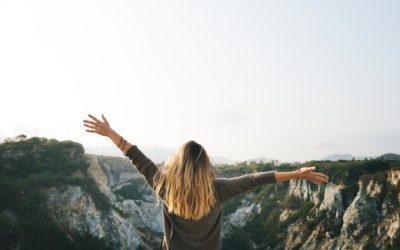